It's very difficult sitting on news until the official press releases go out, but all good waits come to an end and I can now let you know about a few of the new announcements for Trenchtown at Electric Picnic. Here's what all the excitement at Trenchtown HQ has been about...

London's MC Mystro aka Mysdiggi will be joining us to bring a little UK urban flavour to the late nite reggae jamz. I caught him a few years back (2008 I think??) appearing with the Yesking crew at Chai Wallah in the early hours of the morning and what a vibe!! Followers of the local scene will already know that Mystro has collaborated with Dirty Dubsters on their album "Fire It Up" and will make a guest appearance with them, in addition to performing his own show. On Mystro's last visit to Ireland, he caught up with Enda Kenny for a chat about Ireland's current policy on Marijuana, and met with a Garda Community Policing representative to the discuss the startling rise in breakfast roll addiction in Ireland.


Like a small but incredibly powerful detonator, globetrotting Glaswegian Soom T is dropping in from a busy touring schedule to join the Trenchtown Party, having blown away crowds in Dublin during her recent appearances. The list of artists the Scottish MC has recorded with goes on and on, and her Jekyl & Hyde vocal styles will have you soaring sweetly in the skies one moment, then double timing around a parade ground in an instant. Killer skills are Soom's lethal weapons, and she is sure to scorch the trees with word power, rhythm and melody. Driving the riddims for Soom T at Electric Picnic will be Madu's Mr. Upfull, as the pair get set to re-ignite the fyah of recent collaborations.

In other Trenchtown related news, Noiseboy Mark "Megahertz" will be losing his trademark lions mane, which he's been cultivating since E.P. '09. Trenchtown's Front Of House Man is shearing his locks today to raise much needed funds for local Dublin girl Robyn, who is in need of expensive life saving cancer treatment, only available to the 8 year old and her family outside Ireland. If you can make it along to The Autobahn, Glasnevin Avenue tonight (details of event HERE) you can witness the grand skinning event and donate in person, or you can visit the WEBSITE set up for donations. There'll be food, drinks and music with the Irie Ireland crew for the night. I guess just about every reggae musician in Ireland should know Mark at this stage, but I'll post a Crazy Bald Head photo at a later stage in case you don't recognise him with his new slick dome! ;)

P.S. Just got back from the head shaving, so here is the result : 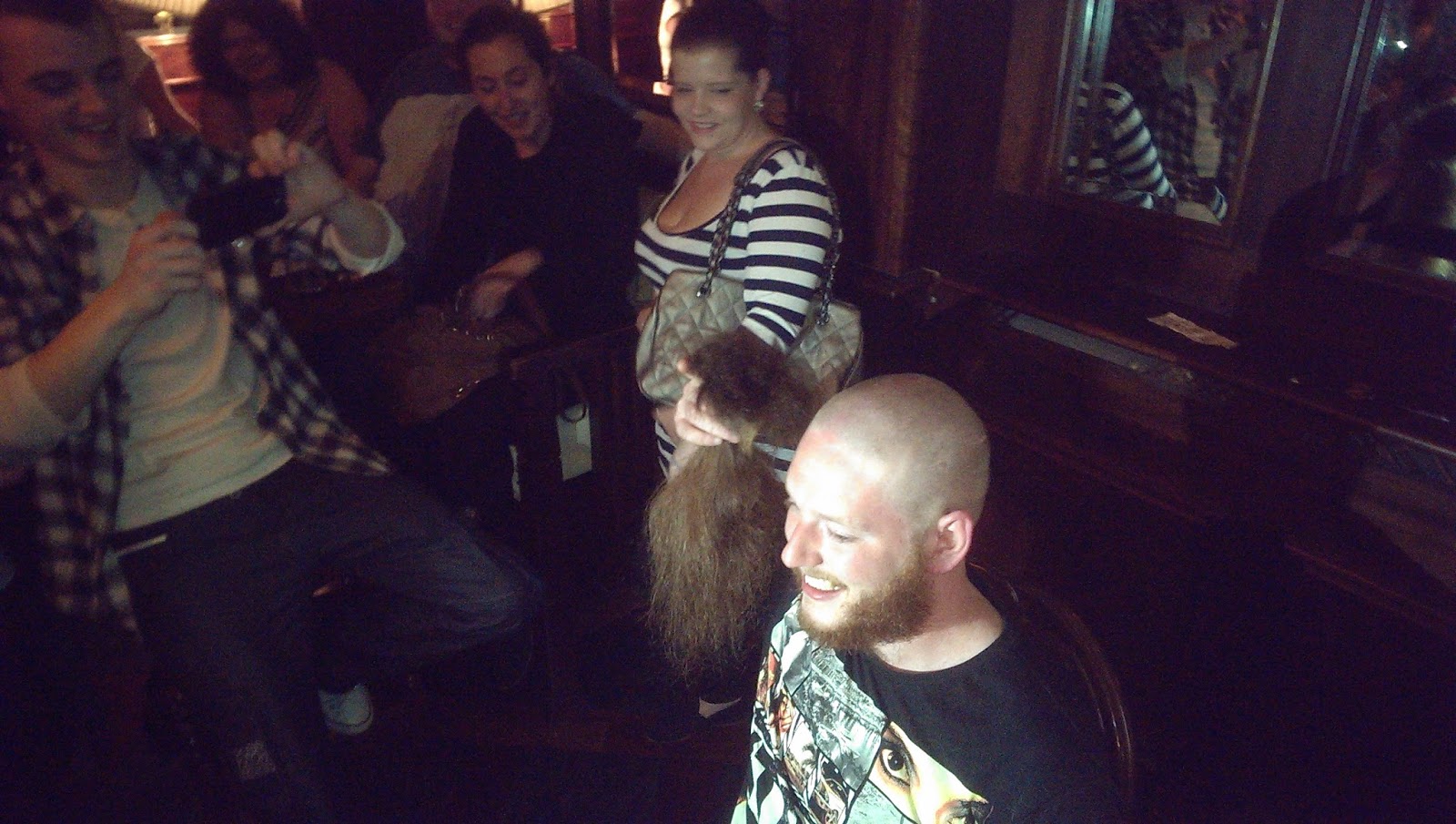 Well done man, it suits ya... ;) People can continue to donate to the fund by visiting the WEBSITE. Not sure of the figure raised, but it was well over 2K from what I hear. Big ups!